Today is the 13 year anniversary of the day my dad passed away. I was only 15 years old when he died of Asbestos related lung cancer but I have so many memories of him.

He used to take his teeth out. He had false teeth at the top and bottom due to being in motorcycle accidents. He used to take them out and smack his lips together and it was hilarious.

When I was still a little girl I remember we went to London and were tourists for the day. My dad took his trusty video camera with him and kept asking us to pose when we were at Buckingham Palace even though it was a video. When we came home and watched the footage, we realised he’d been videoing his feet for ages as he forgot to turn the camera off.

We flew out to Barbados for my sisters wedding. I’ll never forget the excitement on my dads face as we were boarding the plane. We were all relaxing on the beach one afternoon in a little rock pool and my dad pulled over one of those plastic chairs to come and sit with us in the sea. The undertow caught the bottom of the chair legs and tipped him over. I’m not sure any of us have ever laughed so much I will never forget it. On my sisters wedding day my sister kept calling around trying to find him and when he went to her room he had his camera in a budgens plastic bag. Yep he took a bloody budgens plastic bag all the way to the Caribbean! She said why have you got your camera you’re meant to be walking me down the isle! Am I? He said. When we were back home my sister had us all round to watch the wedding video and we all cracked up laughing as he was chewing gum walking her down the isle!

His silly rhymes that made no sense. – The elephant is a pretty bird it flits from bough to bough. It makes its nest in a rhubarb tree and whistles like a cow. – Not last night but the night before, three wee witches came to the door. One with a hammer, one with a drum and one with a pancake stuck to her bum.

Dad would always forget to drink a cup of tea while it was still hot and so was always asking either my mum, my sisters, my Nan or myself to reheat his tea for 30 seconds in the microwave. He’d ask again for a second or third time and we’d just end up making him a new one!

Dad liked to record everything on video tape to watch again on a vcr player. We’ve got the Queen Mother and also Princess Diana’s funeral on a video tape somewhere at my mums house. I can’t say we’ve ever needed to rewatch them haha!

When we got brand new leather sofas, I must have been about 12 or 13. None of us were allowed to sit on it for a while, it was there just to be looked at he loved them so much. When we were allowed to sit on it I was under strict instructions to take my studded belt off (oh the emo days). Who would have thought we’d be sitting on these same sofas every day in our house now, the girls jumping around like lunatics on it!

I’ll probably just keep coming back to this post and adding more things as I remember them! We miss you Dad x

There has been a problem with your Instagram Feed. 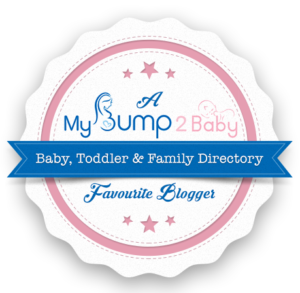